Conspiracy supporter Marcus Allen, claims in his lectures that these dark spots on the sun are Solar Flares. No they are not! They are magnetic disturbances that sometimes cause solar flares instead. The radiation from them have to be directly aimed at the Earth/Moon to be of any concern. At 93 million miles from it, very few such events ever bother us. He guesses and waffles on Astronomy rather than researching, including numbers and real facts. Marcus is not a scientist.

It would take an entire book to explain and give the full answer as to what real dangers there are in this field. Here is one example...   Space Radiation and Astronaut Safety.

Announcements are still often made on deadly radiation in space, but figures and more detail is required to know what is meant by it rather than one sentence representing volumes of figures. 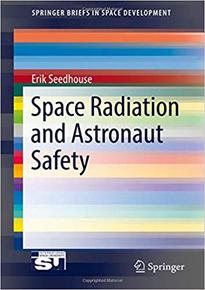